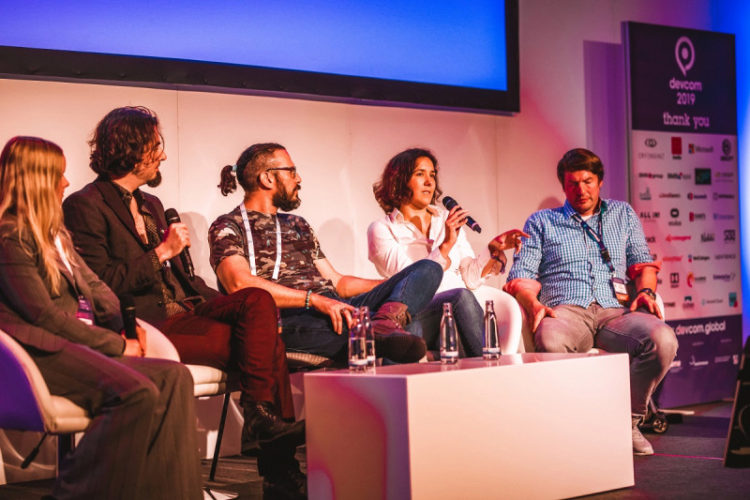 With recent mass shootings in the US and politicians looking for someone to blame, the games industry finds itself once more under fire for its representation of violence in video games. Even though little evidence supports the link between acts of violence and video games, the industry is doing some soul-searching; how do we present violence in games, what choices do we make in terms of narratives and visuals and what impact do these choices have on our audiences?

At devcom 2019 Venturebeat's Dean Takahashi brought together a panel to discuss these questions. The panel included Timo Ullman, managing director of Berlin’s Yager Development, creator of Dreadnought and Spec Ops: The Line. The latter was notable as a shooter game that brought up the issues of excessive force and civilian casualties in war. Antonia Koop, CEO of Kite Rider Strategic Adventures, former war correspondent who now makes immersive training simulations for businesses.

Tsahi Liberman, head of business development and marketing at Simpool who is also a former soldier in the Israeli army and a designer of games for peace. His team won the UN Prize two years ago for Games for Peace, which connects children around the world in conflict zones and changes their attitudes toward other ethnicities through games.

Other panelists included James Portnow, who worked on the Call of Duty series in the past. His credits include FarmVille and League of Legends, as well as the host of a show called Extra Credits. Catharina Bøhler, CEO of Sarepta Studio, which created the emotional impactful mobile game My Child Lebensborn, which was about the children of Norwegian women and German soldiers in the wake of World War II.

Read the full story by Dean Takahashi and transcript of the discussion here on Venturebeat.